When Will the Residential Sector Recover, And Will You Be Ready?

When Will the Residential Sector Recover, And Will You Be Ready?

It’s hardly big news that the residential construction sector in Australia is in the doldrums. House prices in Melbourne have dropped by nearly 10% from the 2017 peak and the National Australian Bank is predicting an 18% drop in investment nationally over the next two years. Meanwhile approvals are down 29% in the year to January 2019.

By any definition those are pretty scary numbers, but are they a cause for despondency? The housing market has always experienced peaks and troughs. The companies that survive the troughs often come out leaner, more competitive and poised to profit when conditions improve.

For individuals with transferable skills there are opportunities in other areas of construction such as commercial or infrastructure. Around Melbourne there’s certainly no shortage of activity in transport projects and commercial builds. 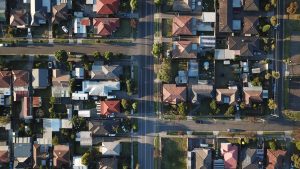 Time to Get Finances Under Control

But for a company that has only ever built houses these are troubling times. For business survival, the strategy is more likely to involve doubling down on cost control, active cash flow management and maybe making some tough decisions over staffing levels.

The firms that will thrive will be scrutinising every cost line: do we need it, can we get it cheaper and can we get better payment terms? They will also have a firm grip on projected cash flow going out at least 90 days. These controls help take out some of the stress and anxiety that come with the market uncertainty.

How Bad is it?

To put things in context, it’s not as though residential construction has ground to a complete halt. From a peak of 216,000 starts in 2016 the market is expected to bottom out at around 175,000. Some are calling this the highest low on record. Until five years ago 185,000 new homes was a record year.

Although not a unanimous view, some are suggesting that the slump in the housing market has already hit the low point. Agents in some areas, such as Melbourne’s northern inner suburbs, are still seeing strong demand.

On top of that it’s predicted that the population of Melbourne will continue to grow dramatically. In recent decades the population has grown by around 75,000 per year. Plan Melbourne envisages population growth increasing to 90,000 plus per year up to 2050. That’s a reasonable amount of opportunity for the firms that see out the current slump in good financial shape and which manage to retain critical skills.