Until recently I had the opinion the term ‘Work hard play hard’ is a term of the past. A term used in the noughties and most likely the decade preceding. A term used by employers in their heyday where partying or living it large as they say, was a way of life. Certainly in recruitment it was a common way recruitment managers or employers would describe their culture.

I recently had a meeting with someone who used this term to describe their work environment which took me by surprise. 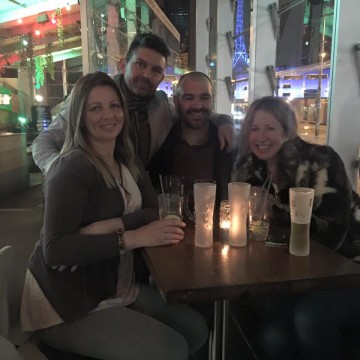 Prior to that conversation I believed it was no longer an accepted culture nor seen as a positive way to describe a culture or working environment. So hearing this term again makes me wonder, is the work hard play hard culture still prevalent and accepted?

As we grow older or as I like to say ‘mature like a fine wine’ we tend to develop different tastes and opinions. Certain TV shows or music genre might be your flavour in your 20’s however in your 40’s, that’s right I turned 40 last month, may not be your cup of tea. Similarly going out on a school night until the wee hours then dragging yourself into work at 8am after literally 3 hours sleep with eyes like an inner city road map, may no longer be your idea of a great working culture. Now don’t get me wrong I love a beer and still occasionally find myself pretending to be young after midnight, trying to be tough to the fact I’m going to be brutally brought back to reality at 7am by a 7 & 9 year old jumping on my head! Someone once told me kids don’t understand hangovers however I beg to differ. My kids have a Jedi like sense to the fact dad has been on it last night so they wake earlier than usual and enter the bedroom in tandem stealth mode ready to push dad to the breaking point of a McDonalds or KFC hangover cure.

So is the work hard play hard term no longer acceptable or a prevalent culture or is it that those who previously used the term and lived the culture in the noughties have grown out of that way of life? I’m keen to hear from managers, owners of companies or employees. Is the ‘Work Hard Play Hard’ still an acceptable way to promote your business or was my belief correct, a way of the past and a no longer acceptable?

Movies which depict the work hard play hard culture are ‘The Boiler Room’ starring Giovanni Ribisi, Ben Affleck and Vin Diesel. They play hardcore salespeople who cheat investors by selling non-genuine stock. They are aggressive in both the work place and nightlife. A more recent example is ‘The Wolf Of Wall Street’, the story of Jordan Belfort played by Leonardo Dicaprio. Apparently as quoted in the Guardian last year, Belefort claims his real life story was worse than the antics in the film.

If you haven’t seen either of these films they are both worth watching. I very much doubt there are many if any companies having anywhere near the culture depicted in these films. Or are there? Let’s not mention names of companies however lets share stories of cultures outside the norm of what we come to expect today.