MURPHYS LAW: Dead or Alive, I will succeed! 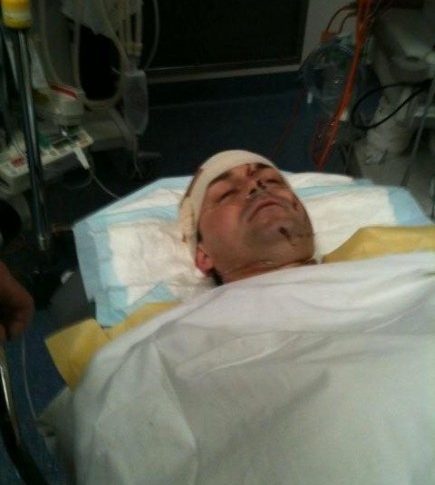 In March 2010 I founded Aptus Personnel Australia with our first office space being a room above a friend’s shop in the north eastern suburb of Heidelberg, Melbourne. This space was not intended to be a long term solution; however, it was cut abruptly short by a freak storm one eventful Thursday morning.

At that time, I’d made several placements in Civil and Structural engineering and was midway through searching for Licensed Surveyors for one of our key clients. It was a typical morning for those days, with me sitting at my desk at approximately 10am putting together an update for my client illustrating the candidates I’d approached for their two surveying vacancies and making suggestions for the next steps to be taken. At the point where I’d not quite finished my email is when my memory of that eventful morning becomes very hazy to say the least. I recall my colleague Andrew pointing out the horizontal rain and wind outside the window then noticing the door hadn’t been locked properly. Before Andrew could reach the doorway the heavy steel door slammed open giving him absolutely no chance to pull it shut.

According to Andrew the documents on our desks were instantly sucked into the air, creating a whirl wind of paper in the middle of the room. The strength of the wind created a pressure in the room that eventually became a vacuum so strong it ripped the steel trussed roof, battens and sheeting off the building in one piece. The building’s roof was sucked off with such force it took with it several courses of bricks as the steel anchors holding the 40 year old roof in place shot into the air with several tonnes of roof and wall attached.

My recollection is of the roof flying off and of seeing Andrew successfully leave the building. I, however, was nowhere near the doorway as he fled the building and unfortunately only made it as far as the middle of the room before being smothered in chunks of bricks and briefly losing consciousness. I remember waking, pushing the bricks off me and running out of the building. Being sodden by the rain I thought nothing of knocking on the door of the shop beneath, however the reaction of the young girl who answered the door made me realise I wasn’t just soaked in rain, but my white shirt and grey suit were covered in blood. The following few hours were interesting to say the least. After almost flat lining I was revived and told I had to be flown by helicopter from the Austin to the Alfred where a surgeon could stitch the large wound in my head and provide me with a 2 litre blood transfusion. Fortunately the only surgeon at the Austin able to tackle the operation became free so I was operated on without the helicopter trip and had the blood couriered to me within the hour.

In the weeks following this I found my experience made me even more determined to defeat the odds by continuing to develop Aptus as a consistent performer, a professional company which delivers regardless of circumstances. Having commenced business under the name Aptus I had several clients attempt to point out the risk in using us as there were no guarantees we’d be around for long, most businesses who fail, fail in their first year. Let’s face it, the economy in 2010 was not the greatest, a freak storm had robbed us of our humble office so they  may have been right to question our longevity. However, I was determined to prove them wrong. I had been discharged from the hospital the day following the accident and 24 hours later we were back at work in the comfort of our lounge room! This less than ideal situation continued for just short of a month when we found ourselves in a position to move into our office on Collins street, in Melbourne’s CBD. The main criteria in deciding our new address was the quality of the roof above our heads!

Fast forward to March 2016, as Aptus celebrates our 6 years of success in Australia and over 3 years in the UK. We’ve come a long way and learnt a great deal. I’m proud of being resilient in overcoming some tough times, staying true to my goals and never doubting what I knew could be achieved. Hard work is one thing; however, having the belief in yourself and listening to those around you who care and who sincerely support your goals are the keys to success.

Happy Anniversary to my friends and colleagues at Aptus and thank you for your ongoing efforts and support as we honestly would not have been where we are today without you. Heres to another 6 years of growth and even greater success.

Tom Murphy is a recruitment leader & founder of Aptus Personnel (Aus) and Aptus Recruitment (UK). After 10 years in consulting engineering and 11 years in recruitment Tom aims to be an employer of choice for recruiters.

Tom aspires to provide a working environment where people can be as successful as possible. Tom believes by being the best he can be as an employer, other employers and employees will want to make Aptus their recruitment partner.