How to form new habits that stick in 5 steps

“We are what we repeatedly do. Excellence, then, is not an act, but a habit.” – Will Durant, in The Story of Philosophy

According to research by Duke University, about 45% of everyday behaviours stem from our habits, good or bad.

Contrary to popular belief, most habits will not successfully be formed in just 21 days. Studies have shown that it takes an average of 66 days before a new habit takes root in our brain.

Don’t let this dissuade you from forming and retaining a new habit. The point is once you get over this period, you’re more likely to have it in place and run on autopilot.

Let’s go through step by step the most effective ways to form new habits that stick, whether it be for your health, productivity or to set yourself for success:

The idea is that you can progress to larger habits if you start with smaller, simpler habits. In Mini Habits: Smaller Habits, Bigger Results by Stephen Guise, he gives an example of “The One Pushup Challenge”. When you start incredibly small, you can’t say no.

Understanding the purpose and processes needed behind forming this small habit is important.

Establish your driver – a strong ‘why’ behind this new habit you want to set in motion.

Something simple like wanting to form a habit of drinking a glass of water first thing in the morning has an enormous amount of health benefits, and we all know that already, but it is important to know what they are exactly.

Step 2: Establish short-term and long-term goals to achieve that habit

Take some time to comprehend the end goal, and take a step back to visualise the steps needed to reach that goal. However be careful – we often like to quantify our big goals, like wanting to lose 20kg in 2 months.

Truth is, we are exhausted even before getting started. While dreaming big is great in some instances, goals are set to be committed to and should be attainable.

Overcommitting isn’t necessary, and will only make you feel the weight of the commitment. Instead, commit to realistic goals that act as checkpoints.

Step 3: Use this habit stacking method

The key to habit stacking is focusing on the sequence and process rather than each individual habit. It’s a flow of habits that with repetition, builds your muscle memory and becomes a routine over time.

First, pick a time or location (or a combination of both) to form the basis of your stack. As mentioned earlier, start small. For example, every morning you will:

Logical, right? That’s important too. They should work together seamlessly.

You could also think of it as a day made up of multiple two-stack habits using this technique:

When you get better at this, you can merge these stacks and there you go – a routine!

Holding yourself accountable to go through with your habit stack is important too. Actively coming up with excuses like “oh it’s raining outside, I’ll exercise tomorrow then” is not a valid excuse.

Understandably easy to forget sometimes, use tools such as placing reminders on your calendar to help you remember. You can also adopt the mindset of “If/then”:

Reward yourself! The fact that you’ve read this article already puts you one step closer to your swanky new habits and achieving your goals.

Whenever you achieve a short-term and long-term goal, treat yourself as an incentive to keep going.

Having healthy habits and sticking to them, more importantly, are key to achieving greater things in life. With patience and consistency, soon enough you will start to see remarkable results.

All the best in your new-habits-that-stick journey!

We are still in search of talent. See our open jobs and get in touch with our consultants for more information. 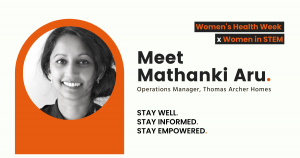